The Anatomy of a Monastery – The Obedientiaries Part Two 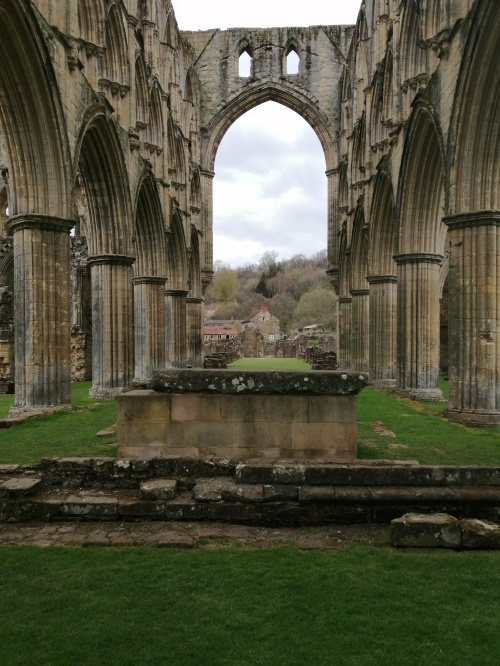 We’re continuing this series about monasteries by looking at some of the obedientiaries. Last week we looked at the cellarer’s department. This week we have two more departments.

First, the chamberlain, or camerarius. He was the housekeeper with wide, though fairly mundane, responsibilities. Sometimes the chamberlain and the cellarer were the same person, which would seem to be a sensible arrangement. The chamberlain’s main duty was to make sure that the monks had clothing and that it was clean. This meant that he had to employ laundresses to wash all the linen used in the monastery. One of the things that surprised me as I prepared for this series is just how much contact the monks might have with women. Whether the linen was sent out to the laundresses or they came into the monastery, I haven’t been able to find out. The washing itself was probably done in a nearby river.

Another of the chamberlain’s jobs was making sure that the hay in the monks’ mattresses was replaced frequently. He was also responsible for horses and carts, including those at the granges, which is one of the reasons why it would have made sense for the cellarer and the chamberlain to be the same person, since the cellarer was responsible for the granges. The chamberlain had to make sure that there was always enough fodder for the horses and that the harness was in good order. He was responsible for keeping the monastery’s lamps in good repair and for maintaining a fire in the warming room, where the monks worked on cold days.

I haven’t come across any subordinates that he might have had, but I doubt he stuffed the mattresses himself, nor would he have put the horses’ fodder into the stables. 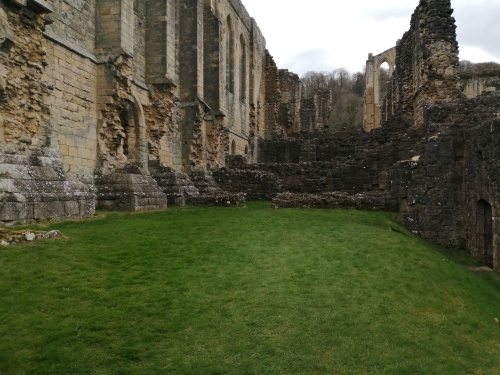 The third senior obedientiary was the sacrist, who did have identifiable staff beneath him. His responsibility was the very heart of the monastery: the abbey church.

The sacrist looked after the fabric of the church, including the altars, vessels and any shrines. His duties included keeping them secure. As I’ve mentioned elsewhere, churchmen weren’t above stealing bits of saints’ relics and the odd pilgrim might try to take a bit of a shrine home with them, but there would also be many extremely valuable objects within the church, which would tempt a thief. The plate would often be of silver or gold, as would the ornaments. If the shrine housed a popular saint, it might be covered with gold and jewels. The vestments were often made of expensive fabric and covered in fine embroidery.

The sacrist didn’t just look after valuable objects, he was also responsible for the cleaning of the church and for making sure that everything within it was in good condition. This included the furniture. He also helped design the fittings, windows, altars, decorations and wall paintings if they were being replaced. The wall paintings would have been replaced frequently. In addition to everything else, he looked after the clocks, bells, vestments, plate, reliquaries, lights and vestments. If it was within the church, he had to make sure it worked, was clean and could be used. He kept an inventory of everything, which I think must have been onerous if the abbey church held a popular shrine. Pilgrims tended to leave gifts of large and small value at shrines, so there would have been frequent additions to his lists.  His assistants included the treasurer, the sub-sacrist, the revestiarius and the master of works. He usually slept at the end of the dorter nearest the treasury. 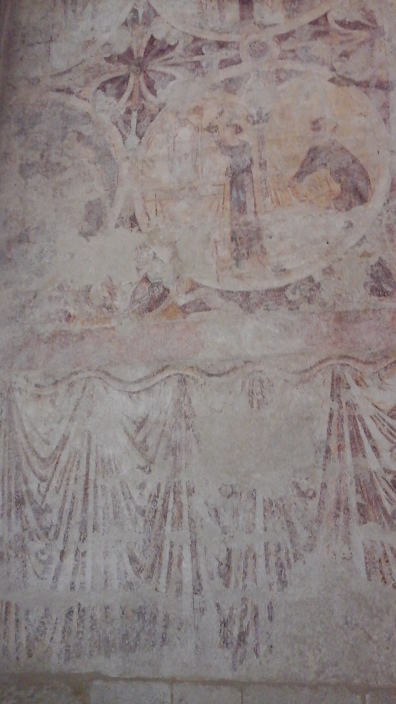 The sub-sacrist, or matricularius, was the sacrist’s deputy and the monastery’s timekeeper. In addition to being the deputy, he also had some duties of his own. He had to ensure that the monastery’s bells rang at the right time. He ate and slept in the church so that there was always someone there.

The treasurer was responsible for the monastery’s valuables. These included the church plate, vestments, rare books, documents and money.

The revestiarius looked after the vestments and other fabrics used in the church. Different coloured vestments and fabrics were (and still are) used in different liturgical seasons and at certain festivals. He had to make sure that the correct colours were put out.

Next week we’ll wrap up the obedientiaries with some roles that don’t appear to have come under any of the three departments that we’ve looked at so far.

The Companion to Cathedrals and Abbeys by Stephen Friar
A Dictionary of Medieval Terms and Phrases by Christopher Corèdon and Ann Williams
Life in a Monastery by Stephen Hebron
Medieval Monasticism by C.H. Lawrence

Anatomy of a Monastery – Monks Again 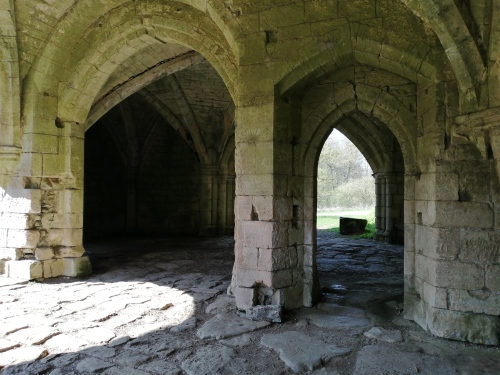 Last week I said that we would move on to the spaces within a monastery, but I thought it might be useful to look more closely at the monks themselves. We saw the timetable of their days last week, but that doesn’t tell the whole story of their lives. They were members of a community which was also a commercial enterprise, and each man had his part to play.

Hierarchy was as important in the monastery as it was everywhere else in the medieval world. The abbot was at the top of the Benedictine monastery. Abbot means ‘father’, coming from the Hebrew ‘abba’. This was a term used by Jesus when referring to God in the Gospels. St. Benedict wrote in his Rule that the abbot was to represent Christ in the monastery. His commands were, therefore, to be obeyed as if they were from God.

The abbot was elected to the position for life by the monks of the monastery, but the appointment had to be approved by the king. Sometimes the pope also interfered in the election. The abbot had absolute authority over the monks, subject only to the Rule and to his own conscience. The abbot was supposed to teach and advise the monks, and St. Benedict advised him to consider himself their servant rather than the other way round. He was responsible for everything to do with the monastery including its estates.

An abbess was the abbot’s equivalent in a convent, and all the positions that I’ll refer to later also applied to convents.

Abbots tended to come from noble families and could be involved in affairs of state in their own right, often attending parliaments. This meant that the day to day running of the monastery was usually left to the prior.

The prior (prioress in a convent) acted as the abbot’s deputy in Benedictine monasteries. In Cluniac and mendicant houses, however, the prior was the superior and his deputy was the sub-prior.

The role of the prior was not something that St. Benedict recommended. He thought there could be discord between the abbot and the prior, who might, through pride, ‘consider himself a second abbot’. What St. Benedict wanted was a system of deans where each dean would have charge of ten monks. This was tried in some monasteries in northern Africa, but it didn’t have much success. 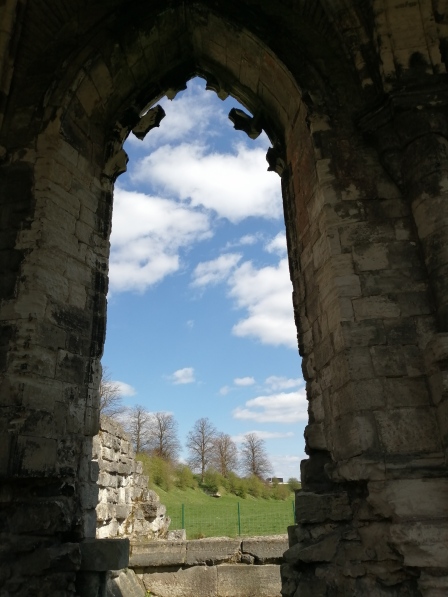 There was too much work involved in running a monastery for the abbot and the prior to be able to do it all between them. Since the method proposed by St. Benedict for managing a monastery had been rejected, another way had to be found. In the end, it was done through a small group of monks referred to as obedientiaries, that is those who owe obedience. They included the cellarer, the precentor and the sacrist amongst others. They had to provide accounts for their particular area of responsibility each year at Michaelmas (29th September).

When a new abbot was appointed, the obedientiaries’ terms ended. Some of them had such demanding duties that they didn’t have to attend all of the offices and were permitted to leave the monastery on occasion.

As time went on and the tasks became too many or too complex for one man (or woman), the obedientiaries took on subordinates. The cellarer’s staff, for example, could include a kitchener, a refecteror, a gardener and a woodward (a man in charge of a wood). Each of these might have their own staff beneath them, sometimes including lay servants.

It’s probably easiest to look at the obedientiaries in terms of heads of departments, with staff beneath them. By the time I got to the end of all the obedientiaries and their staffs, though, I had enough information for four posts, so I’ll return to them over the next few weeks.

If you think that all this organisation seems a bit excessive, it’s worth remembering that there could be hundreds of monks in a monastery. Rievaulx at its peak had 600. Providing even their clothes, food and drink would have required the labour of many people, whose efforts would have had to be organised and co-ordinated.

The Companion to Cathedrals and Abbeys by Stephen Friar
A Dictionary of Medieval Terms and Phrases by Christopher Corèdon and Ann Williams
Life in a Monastery by Stephen Hebron
Medieval Monasticism by C.H. Lawrence