Anatomy of a Monastery – The Kitchen 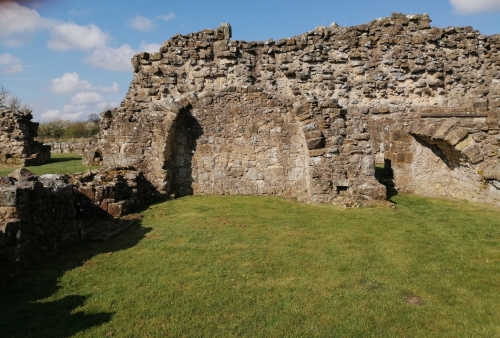 Unlike the majority of domestic kitchens, those in monasteries were built in stone. This reduced the risk of an out-of-control fire within spreading to the rest of the buildings, a fairly common occurrence in the Middle Ages.  Monastic kitchens were, therefore, usually built next to the refectory.

Few of them have survived, although the Abbot’s kitchen at Glastonbury Abbey is a marvellous exception. I have visited Glastonbury, but it was about 35 years ago and I’m not sure where the photographs from that day are. Here is a link to someone else’s photograph of the abbot’s kitchen.

Where kitchens were built next to refectories, there was a hatch between them through which the food was served. Where they weren’t, the food would be carried along a covered passageway between the two buildings. In Cistercian monasteries there were two refectories: one for the monks and one for the lay brothers. Both were served by the same kitchen.

When they were first built, monastic kitchens had a central fire with a flue or vent in the roof above it to allow the smoke to escape.  These were often, but not always, replaced by a fireplace later.

In accordance with the rule of St. Benedict, only vegetables and legumes were cooked in these kitchens. In some monasteries there was an additional kitchen where meat was cooked for guests and for monks in the infirmary. Meat was initially forbidden to the rest of the monks for fear of enflaming their baser passions. By the late fourteenth century, though, this rule was relaxed, although some monasteries continued to forbid meat to the monks.

As set out in St. Benedict’s rule,  all the monks were to take their turn at cooking and working in the kitchen, as they did at serving in the refectory and in reading. Gradually, however, paid servants were taken on to do this work in all save Cistercian and Cluniac monasteries.

Some orders had very strict rules about how things were to be cooked and which utensils could be used. In some monasteries the rule was that there were three cauldrons (caldaria for those of you interested in the Latin) in which water was heated. One was for cooking legumes, one for vegetables and one for washing dishes and other utensils.

Waste from the kitchens was disposed of through the drainage channels taking the monastery’s waste to the nearest river. 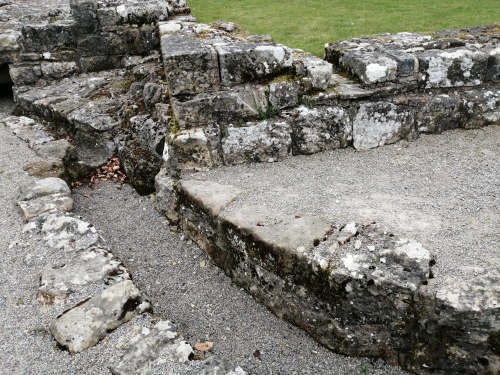 A monastic kitchen fed many people and needed a lot of fuel. The was usually stored in a service yard just outside the kitchen. The kitchen was also served by a pantry (where bread was stored), a buttery (were the wine was kept) and a scullery (where utensils and kitchen equipment were kept). 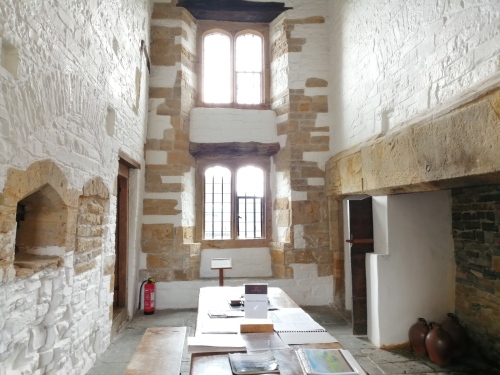 At Muchelney Abbey there are now two kitchens, originally dating to the fourteenth century. Today they back onto one another, but when they were first built they formed a single kitchen. At that time there would have been a central fire and a vent in the roof. Around 1400 the kitchen was divided and a fireplace was installed in each part. One kitchen is much larger than the other and that was where the food was prepared for the abbot and his guests. The smaller kitchen served the monks. Both kitchens have changed extensively over the centuries and you can see from the photographs below that the medieval fireplaces were much larger than the eighteenth-century replacements. 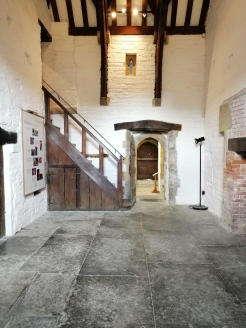 Sources:
The Companion to Cathedrals and Abbeys by Stephen Friar
Muchelney Abbey by John Gooddall and Francis Kelly

19 responses to “Anatomy of a Monastery – The Kitchen”