Edward III and St George (and the Dragon) 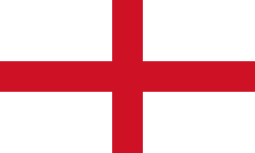 St George has been patron saint of England since the sixteenth century, but he began to share that position with earlier saints in the fourteenth century. Richard I adopted him as his personal patron in 1199, and Edward III made St George patron of the Order of the Garter. During the latter’s reign St George became closely associated with England, together with the royal saints – Edward and Edmund.

Edward III had the chapel at Windsor that was to be home to the Knights of the Garter extended and dedicated to the Virgin and St George. The Garter Knights were to meet there every 23rd April (the feast day of St George). On this day there would be a mass, a tournament and a feast in the saint’s honour. So important was this feast to the king that it was the most expensive feast of the year.

St George is believed to have been born at the end of the third century to Christian parents and was raised as a Christian. His father was a soldier and George followed in his footsteps. In 303 Emperor Diocletian decided to purge the army of Christians, arresting many and forcing others to sacrifice to pagan gods. George refused and was tortured before he was executed.

The story of the slaying of the dragon is thought to represent his martyrdom, as a result of which some influential pagans turned to Christ. In the story a dragon is terrorising a city by cutting it off from its water supply. The dragon can be placated by being offered a sheep. If no sheep is available, a virgin will do. The victims are chosen by lot and one day the princess is chosen. The king begs for her to be spared, but the princess is taken out to be sacrificed. St George happens to come by and offers to slay the dragon and save the princess. He protects himself with the sign of the Cross and kills the dragon.

Edward III had always been attracted to St George, the warrior saint. He owned a relic of the saint. His grandfather, Edward I, was personally devoted to St George and adopted him as his patron saint in wars with the Scots and the Welsh. Edward III was conscious of his grandfather’s military reputation and took St George as his own patron saint as a result.  Early in the Hundred Years War, “St George” became the war cry of English soldiers.

The chapel at Westminster was decorated with a picture of Edward III and Queen Philippa with St George and their children (they had 13), possibly emphasising the fecundity of Edward III thanks to his patron saint in contrast to the infertility of the Valois and Capetian kings of France, who were protected by St Denis. Philippe VI (the first Valois king of France) had only two sons who lived more than a few days. His heir’s health was fragile and Jean almost died in his childhood. The last three Capetian kings (Edward III’s uncles) had not managed a single legitimate heir between them.

The process of making St George’s Cross England’s national banner began in the 1330s. The association between the Knights of the Garter and St George gradually percolated through England, until he became more important than either St Edward or St Edmund. By the 1360s the English felt they had a saint on a par with (if not better than) the very powerful St Denis, patron saint of France.

4 responses to “Edward III and St George (and the Dragon)”